As the first member unit of the Asia-Pacific Seed Association, Jianghuai Horticulture began to explore the international market in 2005 and seek cooperation. It has established friendly relations with enterprises and scientific research institutes in 18 countries including India, Pakistan, Bangladesh, Vietnam, Costa Rica, Spain, Egypt, Nepal, Sudan, and Iran. In the past 15 years, Jianghuai Horticulture has established more than 100 hectares of scientific research demonstration bases abroad, cultivated and successfully promoted over 40 new vegetable varieties, and trained more than 500 agricultural technicians. It has created a number of star products: “Jianghuai No.2” has the largest export volume of peppers in India for five consecutive years, “Xiangfei” once occupied 30% of the Pakistani melon market, and “Jianghuai honey” series have been included in the key promotion varieties in the Costa Rica Watermelon and Melon Association.

1. The Research and Development Project for New Vegetable Varieties and Technologies of Pakistan

The Research and Development Project for New Vegetable Varieties and Technologies of Pakistan is a scientific and technological foreign aid project from 2012 to 2014. The project has selected 10 new varieties of high-quality pepper and melon in Pakistan, and 10 improved varieties, with a promotion area of 16,666 hectares. The project promotes pepper male sterile three-line hybrid seed production technology to increase the purity of F1 varieties to 100%, reduce production costs by 40%, and increase seed production per mu by 36.7% on average. The cooperative breeding expert Haibo Hula won the 2012 “Hefei First Science and Technology Cooperation Award”;

In Costa Rica, Jianghuai Horticulture established a holding subsidiary JH BIOTECH DEVELOPMENT CR in 2017. In the same year, it passed the examination and approval procedures of the Ministry of Foreign Trade of Costa Rica and were granted the right to enter the Costa Rica Free Trade Zone. This is China's first free trade agricultural zone established in the Americas;

The China-Latin America Joint Research Center for Agricultural Science and Technology was officially completed in December 2019 in Puntarenas, Guanacaste Province, Costa Rica, with the strong support of the Ministry of Science and Technology of China. It covers an area of 1.6 hectares and the main building area is 680 square meters. It is equipped with 6 sets of fully-equipped functional laboratories, 2 administrative offices, 1 training room with a capacity of 50 people, a multi-span greenhouse of 800 square meters and a variety experiment base of 10,000 square meters. The center will build a new window for the optimization of the local agricultural industry and the external display of high-tech products and technologies;

4. successfully hosted 8 international training courses on the demonstration and promotion of new vegetable varieties and technologies in Hefei

Department of Agriculture and Rural Affairs of Anhui Province 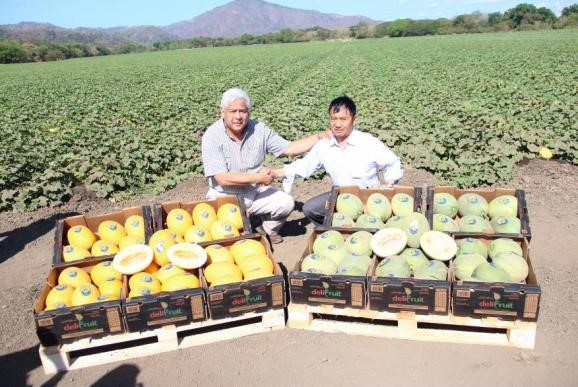 A good harvest of melons promoted in Costa Rica 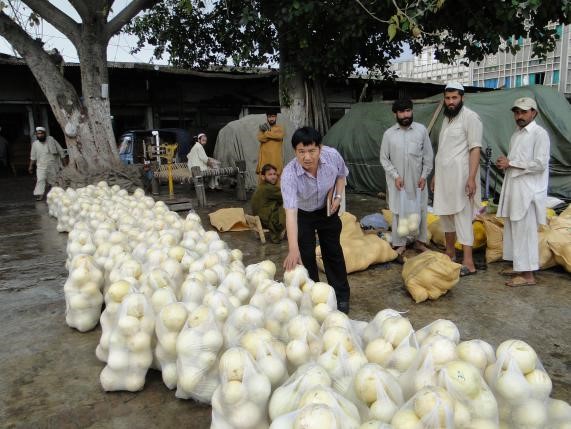 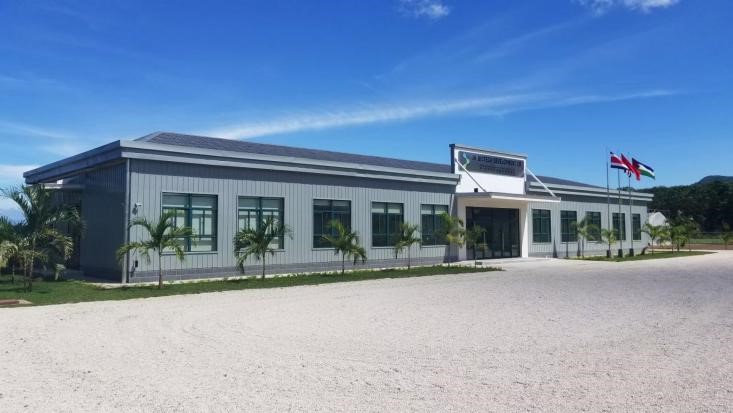 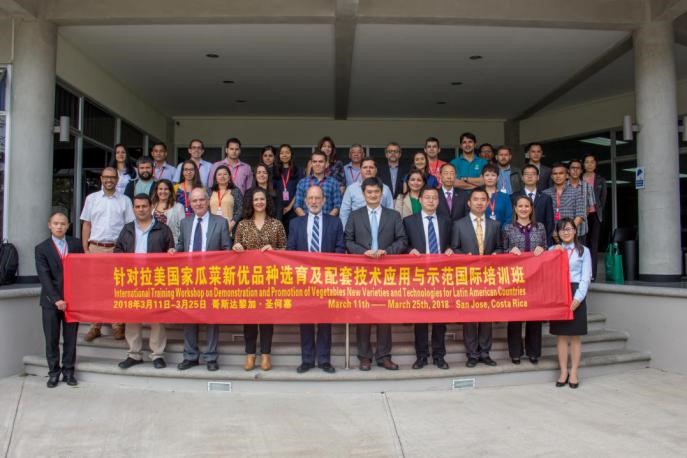